Axne says reports of turmoil among House Democrats are exaggerated 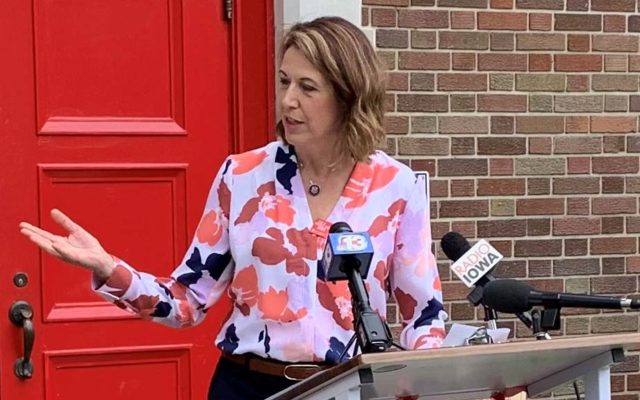 NORWALK — Third district Congresswoman Cindy Axne, a Democrat from West Des Moines, says there is less turmoil among Democrats working on an infrastructure package than is being portrayed in the media.

“Progressives and the moderates are working together on a lot of issues…like ensuring that we can include dental and vision and hearing with Medicare,” Axne says. “We’re all pushing for that.”

But Axne says she wishes Democrats had gone about this process differently.

“I’ve never seen a good organization, quite honestly, start with: ‘Here’s the dollar amount.’ You start out with what you need to get done,” Axne says. “…Then, if we have to meet a dollar amount, we start pulling back from that, but it’s based on the values that are most important for the people that we’re serving.”

The Senate passed part of the package — the $1.5 trillion infrastructure bill that got bipartisan support and Axne says Senate Democrats then left it to Democrats in the House to draft the rest of the so-called “Build Back Better” plan.

Axne spoke to a handful of people at a park in Norwalk earlier this week. She emphasized the need for broadband expansion, federal aid for the biofuels industry and help for families struggling with child care expenses — elements of the infrastructure package Axne supports.

“This is not an additional massive expense for this country. It’s an investment that we will see a return on and Iowa is poised to see one of the best returns in the country,” Axne said, “and that’s why this is so important and why I will fight tooth and nail to make sure both of these bills get passed into law.”

Axne suggested failure to pass the legis;ation will be an economic set back for the country.

“If we don’t make a turn around for working families at this point in our country, which is what the president wants to do, we won’t see the success that we deserve,” Axne said.

Axne told reporters a vote on raising the federal government’s borrowing limit isn’t about future expenses, it’s about paying current bills that are due. Republicans say they will vote no on raising the debt limit because Democrats control the House, Senate and White House and it’s their responsibility to act.