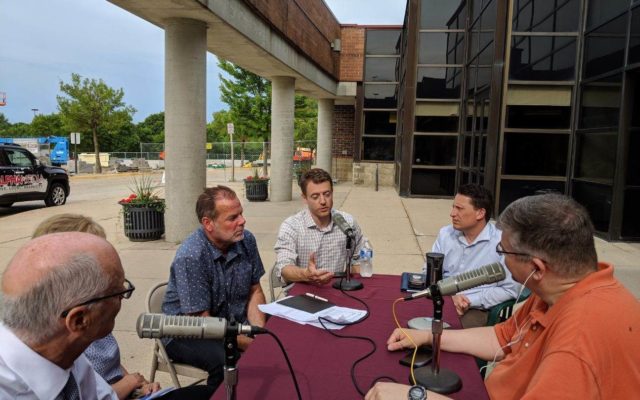 On the “Ask the Mayor” program on July 17, 2019, a discussion was held about the River City Renaissance project and the groundbreaking for the Talon Development LLC project of 113 apartments and 20 town houses on the land formerly the overflow parking lot south of Southbridge Mall.

Listen to the program, which was broadcast from the front entry to Southbridge Mall,  via the audio player below