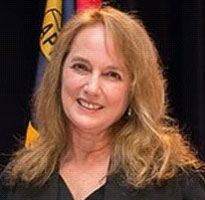 White started at the motor club’s Omaha-Council Bluffs office as a teenager in 1973, just months before the oil embargo, and when it cost just 39 cents for a gallon of gas.

“I was just getting out of high school, going to college at night, and found this very important opportunity at AAA,” White says. “I had no idea I was going to stay there so long. I actually had other ambitions, but fell in love with the company and its mission right away.”

One of White’s first duties was to supply data for AAA’s then-brand-new Fuel Gauge Report which tracks gas price fluctuations across the state and nation. Iowa’s traffic fatality numbers peaked in the 1970s when the annual death toll was often into the 700s. Last year, Iowa recorded 322 traffic deaths, and with the coronavirus pandemic, we’re on track for a record low.

“The advancements that have been made in technology are vastly improved from what we had seen back in the 1970s,” White says. “The newer cars come equipped with all types of new technology, collision avoidance, automatic braking, those are going to help prevent crashes and save lives. It’s very encouraging to see the advancements that have been made.”

Throughout her long tenure, White has worked in the association’s public affairs division, which she’s directed since long before the new millennium arrived. “I have probably done thousands of interviews, some on the national news, one involving Dan Rather, Connie Chung, ‘Good Morning, America,’” White says. “It’s been a wonderful experience, a wonderful journey and I’ll forever hold in my heart all the special moments that have taken place during my nearly-50-year career at AAA.”

It’s exceptionally rare for someone to stay with the same company for so long, and White, who’s now 65, was asked if she had any advice about her professional longevity:  “One of the things is just find a job that you love, and clearly, I did and I feel so very blessed to have been in this position for so long.”

White’s final day on the job is August 1st. She plans to travel more and says she’ll devote more time to her granddaughter.