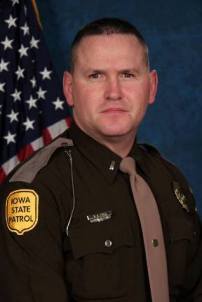 DES MOINES, Iowa (AP) — Officials have chosen a 22-year veteran of the Iowa State Patrol to lead the organization.

The Department of Public Safety announced Tuesday that Capt. Nathan Fulk had been chosen as colonel to lead the state patrol. Fulk, of Ankeny, will be sworn into his new position Friday.

Fulk grew up in southeast Iowa and served in the Marine Corps.

He began working for the Iowa State Patrol in 1997 as a trooper in Solon. He was promoted to sergeant in 2008 and lieutenant in 2013. Most recently, he worked as an area captain in central Iowa.

Fulk will replace Colonel Jeff Ritzman, who retired from leading the state patrol after 36 years at the agency.