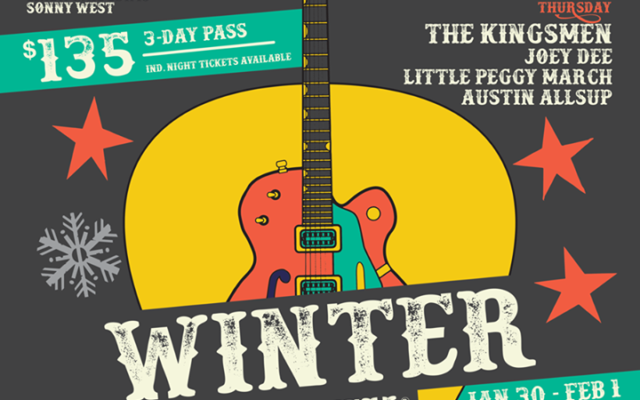 CLEAR LAKE — A Grammy-award-winning rock-a-billy star is the headliner at the annual “Winter Dance Party”  — the event that celebrates the lives of three rock and roll performers who perished in a plane crash near Clear Lake over 60 years ago. Marty Stuart and his Fabulous Superlatives will perform February 1st at the Surf Ballroom in Clear Lake.

Laurie Lietz, executive director of the Surf Ballroom and Museum, says it becomes a little harder each year to set the entertainment lineup for the three-day event. “The traditional artists from the ’50s are in many cases not performing anymore,” she says. “We found that to be the case, specifically, when we were looking to do something a little more rock-a-billy centric as we did this year.”

The Kingsmen will open the 2020 Winter Dance Party on January 30th. The band is known for the song “Louie, Louie” and has one remaining member who played with the ensemble in the 1960s.

Buddy Holly, Ritchie Valens, J-P “The Big Bopper” Richardson performed at the Surf in February of 1959 and died a few hours later when their plane crashed in a cornfield.